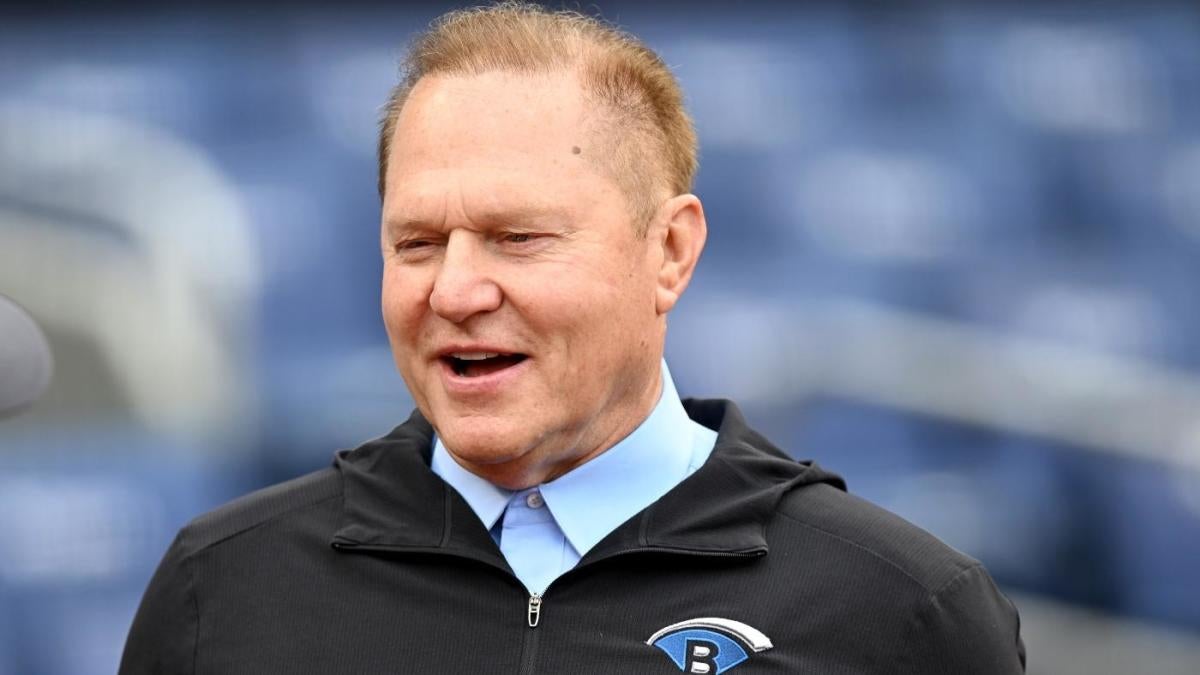 In MLB general manager meetings on Wednesday, agent Scott Boras had a lot to say about several of his clients with the free agent frenzy In progress. To liven things up a bit, Boras came prepared with a few puns to help sell his customers a little more than usual.

Boras spent quite a bit of time with reporters and shared creative updates on the status of free agency overall, as well as specific players. Boras gave some interesting answers on Xander Bogaerts, Carlos Correa and many more of the best free agents of the offseason.

Boras put so much effort into most of his answers, we decided to rank them from best to worst. Find out which of Boras’ puns landed and which needed more time in the oven.

All quotes courtesy of ESPN’s Alden Gonzálezwho transcribed some of Boras’ most notable responses.

1. On the level of interest in shortstop Xander Bogaerts

“It’s the first time teams have had the chance to sign the X-man. I think they think it’s a wonderful opportunity. Xander has a very famous uncle, Humphrey, and he certainly left in his memoirs, ‘Kid, there’s gonna be a lot of teams looking at you.'”

As someone with opening night tickets to “Black Panther: Wakanda Forever,” I can certainly appreciate the first half of this answer. Then Boras went the extra mile and also incorporated a reference to Humphrey Bogart. He certainly came back to this one a few times before throwing it in front of reporters.

2. On James Paxton exercising his one-year player option to stay in Boston

“Sometimes it’s better to get the six-pack than to reach for the champagne.”

Frankly, it’s just common sense. Instead of looking for more money in the free agency market, which he may or may not have gotten, Paxton opted to take the $4 million guaranteed from the Red Sox for the 2023 season. We can all learn a little something from this one.

“Last year, the thinking team chose Rodon. And this year, Rodon carved another masterpiece. And I think in the market, his definition of museum-level art is now clearly understood by the teams.”

At the risk of playing a pun on Boras’ pun, it was a thoughtful man’s joke. There’s nothing wrong with bringing a little art and culture into your life. This is another joke where I can appreciate the level of work Boras put into it beforehand.

4. On the level of interest in pitcher Taijuan Walker

“Taijuan is on an island, and I think the only question is who wants Taipei?”

It had a certain dad-joke energy to it, and while I’m not a dad, it sounds like something my own dad would try. I also appreciate that it shows Boras’ knowledge of world geography. Someone paid attention at school.

5. On what teams get in Brandon Nimmo

“There are plenty of teams in the free agent market that are in the waters for a center fielder. Whatever Pixar guy is, he’ll be lucky to find Nimmo.”

We have another reference to a Disney property of Boras. The mouse really does almost everything. This one might not be as good as the X-Men crack above, but it works perfectly. Now if only Dishes fans can do like Dory and forget about that playoff appearance.

6. In the free agency market as a whole

“The free agent market is very much a carnivore market. There are many qualities available. For the owners’ menus, these are geared more towards filet mignon and wagyu than burger and vegan.”

While it’s not the most creative joke in Boras’ arsenal, it does paint a good picture of what MLB free agency could look like this offseason. Hopefully that comes to fruition and fans can watch teams engage in bidding wars against the best players in the game.

7. On the Rangers free agency expenses

“I don’t think they look at Texas and say they have bum steers.”

I don’t know if Boras is referring to the actual Rangers roster or how much money they’re willing to spend on free agency. If it’s the first, he must be lying. If it’s the latter, which I suspect, Texas could be about to make a splash and take a big step forward next summer.

8. Another answer about Bogaerts

“It’s kind of an X that marks the spot on the Sierra Madre treasure map.”

Bogaerts’ first joke was better. Stop while you’re in front, Scott. You should know that.

9. On what Carlos Correa can bring to a team

“So you’re a franchise brand. You’re the Dior of defense. You’re the Hermes of hitting. You’re the Louis V of leadership. You’re the Prada of the playoffs. It’s a one-stop shop for a championship designer.”

It looks like Boras is really pushing Correa here, but is it necessary? It looks like Correa would have plenty of interest, even without Boras comparing it to luxury brands. Also, there doesn’t seem to be a good pun here, unless it’s completely gone over my head.

10. Updates on players Boras may or may not have cooked up jokes for

“Man, I, uh, need a left-handed pitcher like that.” (Sean Manee)

“It’s just impossible for Boyd to need a guy like that.” (Matthew Boyd)

“He just has all the bells and whistles.” (Josh Bell)

“He’s sort of the return of the Mike, the success of free agency.” (Michael Conforto)

“Profar, everything is fine.” (Jurickson Profar)

I don’t think Boras prepared any answers for these players, and he kind of threw them together at the last minute. Manaea’s joke really stands out as the one he threw on the spot. The update on Matthew Boyd is in the same vein.