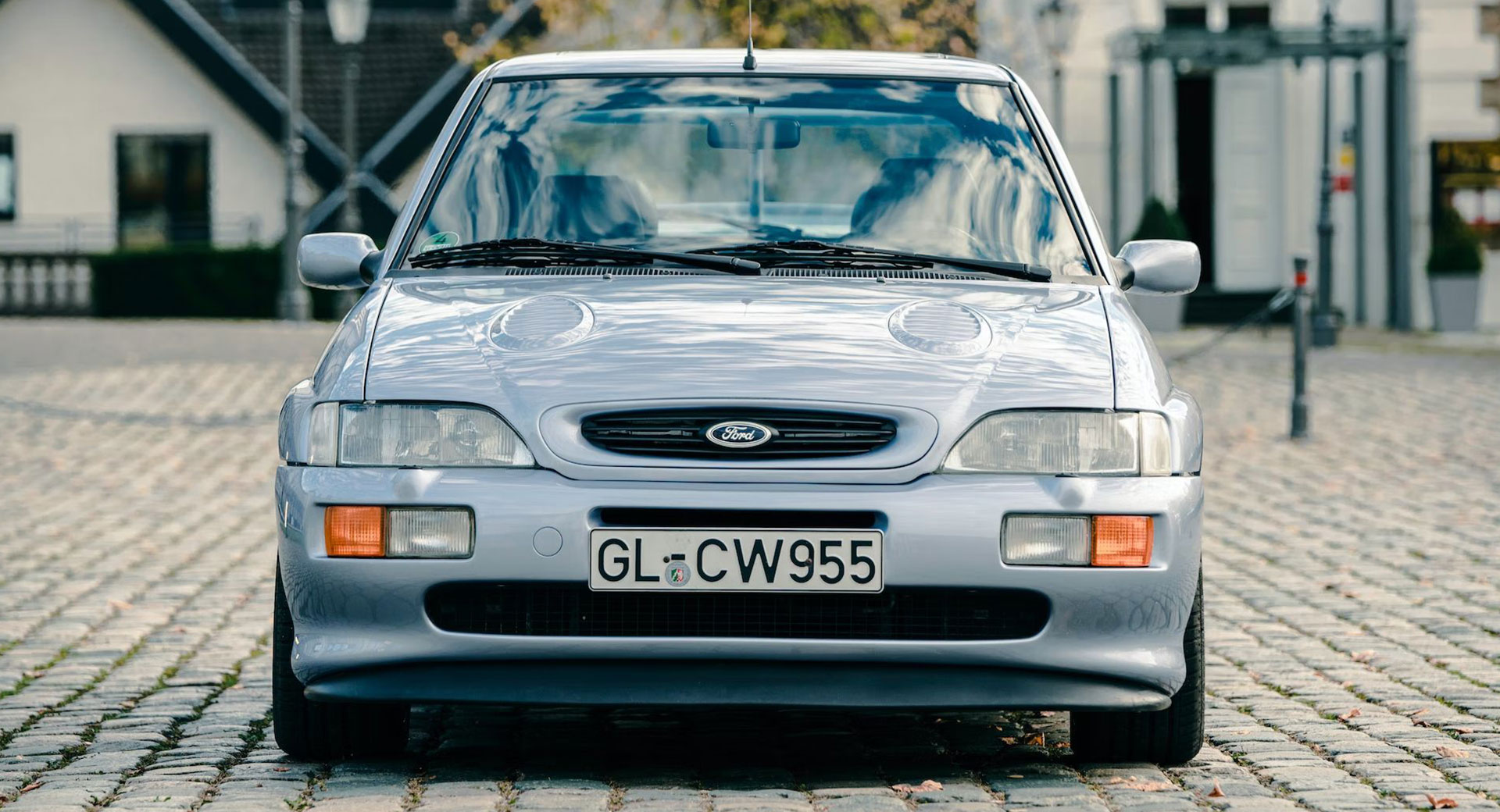 The Ford Escort RS Cosworth is one of the most iconic rally-derived homologation specials ever made and the last example built is currently on sale in the UK.

Production of the Escort RS Cosworth officially ended in January 1996 at the Karmann factory in Rheine, Germany. However, the automaker still had parts for two more vehicles, so it decided to build two more. This particular car is the second of these two additional models and was built for Wilheim Karmann Jr., who was president of the company at the time.

The car was driven for the first two years by a Karmann project manager as a company vehicle and in 1998 it was acquired by the head of Ford’s special vehicles engineering department. It was none other than Dieter Hahne, the man who led the development of the car. Hahne has owned the Escort RS Cosworth for 24 years and is now parting with it in a collect cars auction.

The Escort RS Cosworth is based on a shortened chassis and mechanical elements of the Sierra Cosworth. Drive is provided by a 2.0-liter turbocharged four-cylinder Cosworth engine developing 224 hp to all four wheels and mated to a five-speed manual transmission and limited-slip differential.

The exterior of the Ford is adorned in a shade of Auralis Blue and the original set of 16-inch five-spoke alloy wheels with Continental SportContact2 tires. Inside the cabin are black leather, air conditioning, a spare stereo and CD player, power windows, a sunroof and exterior mirrors.

The car is in very good condition with no known damage to the bodywork. There are some minor signs of wear on the Recaro seats, a small oil leak on the crankcase gasket and the CD player is faulty but other than that the Escort RS Cosworth is virtually perfect.