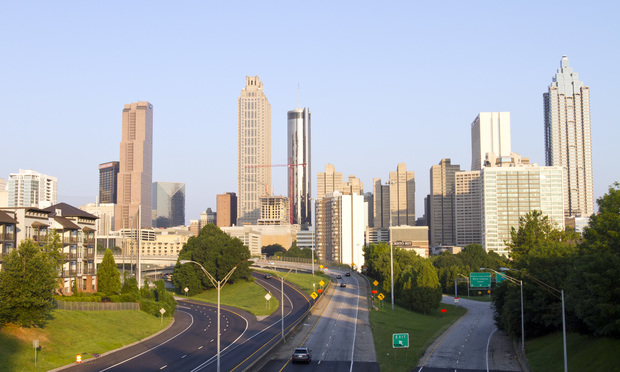 A commercial real estate finance firm representing investors who control a $115.3 million CMBS loan on six office towers and a shopping center part of Atlanta’s Peachtree Center won the portfolio at an auction with a credit offer of 127.5 million dollars.

Situs AMC secured the property at the auction, which was held on the steps of the Fulton County Courthouse last week. The only bid outside the auction was a $1.5 million cash bid from a local investor, according to a report in the Atlanta Journal-Constitution (AJC).

Miami-based Banyan Street Capital failed to make a lump sum payment in April and defaulted on six office towers at 225, 229, 233 and 235 Peachtree St. and an underground mall known as the Hub.

Banyan Street, which has spent millions upgrading the foreclosed buildings and mall, told AJC the company remains committed to its ownership of an office tower at 191 Peachtree and a multi-family tower at 161 Peachtree, as well as several car parks in the city center.

Peachtree Center’s occupancy rate, which stood at 72% in 2019, fell to less than 55% last year after Truist Financial Corp. moved out of offices in two of Banyan’s buildings in the complex, with net operating income dropping from $18.9 million to around $10 million. at the same time, according to Atlanta Business Chronicle.

Despite the Peachtree Center’s financial troubles, the overall image of the Atlanta offices improved significantly in the second quarter.

Google’s move to 500,000 square feet at 1105 West Peachtree paved the way for the office ramp-up. Google’s new office comprises 19 floors in the building.

Class A office properties, which have benefited from the flight to office quality in urban centers across the United States, have seen the largest drop in vacancies in Atlanta. Class A vacancies in the capital city of Atlanta fell 210 basis points.

However, Colliers said average rents for Class A office space have fallen slightly despite falling vacancy rates. Colliers attributed the decline to the availability of sublets in the market, the large amount of new offerings being delivered and record landlord concessions.