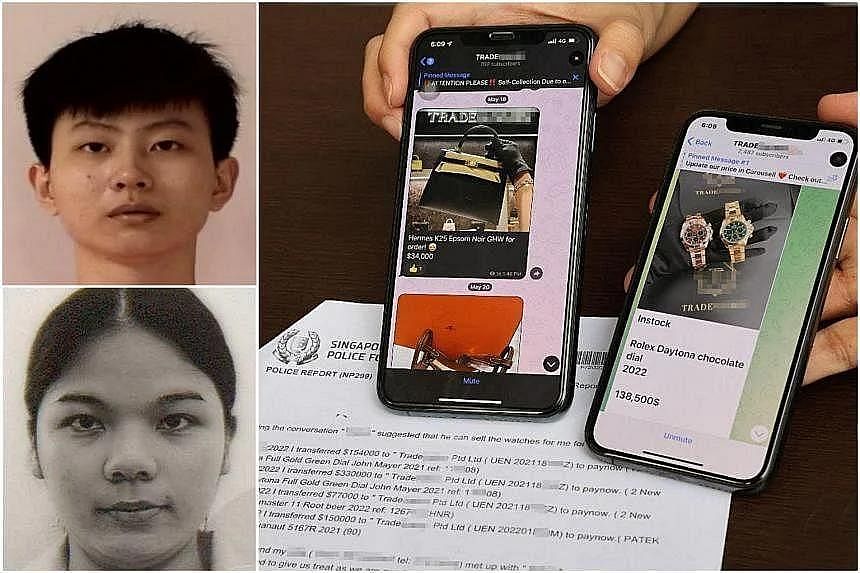 SINGAPORE — Two Malaysian men, accused of helping a couple suspected of being involved in a $32 million luxury goods scam to flee the country, claimed in a district court on Friday that they intended to plead guilty.

The court heard that one of the men, Mohamed Alias, 40, could face another charge in the future – that of harboring an offender. Details of this potential charge were not disclosed to the court.

No additional charges will be brought against the second man, Mohamad Fazli Abdul Rahman, 38.

They had told the court on August 5 that they intended to plead guilty to their charges.

Both are in pre-trial detention and their cases have been adjourned to September 16.

Currently, each man faces two counts of aiding the escape of Singaporean Pi Jiapeng and his Thai wife Pansuk Siriwipa.

According to court documents, Mohamed helped the couple illegally leave Singapore from Tuas Checkpoint around 7:30 p.m. on July 4 by allowing them to hide in the container compartment of a Malaysian-registered truck.

Fazli is accused of conspiring with him to organize the alleged escape.

Pi and Pansuk, both 27, left Singapore after allegedly failing to deliver $32 million worth of goods to customers.

Pi, who was born in China’s Fujian province, was initially arrested by Singapore police on June 27.

His passport was confiscated and he was released on $15,000 bail the following day.

Pansuk was assisting the police in their investigations and returned his passport on June 30.

Arrest warrants and Interpol red notices were then issued against the couple.