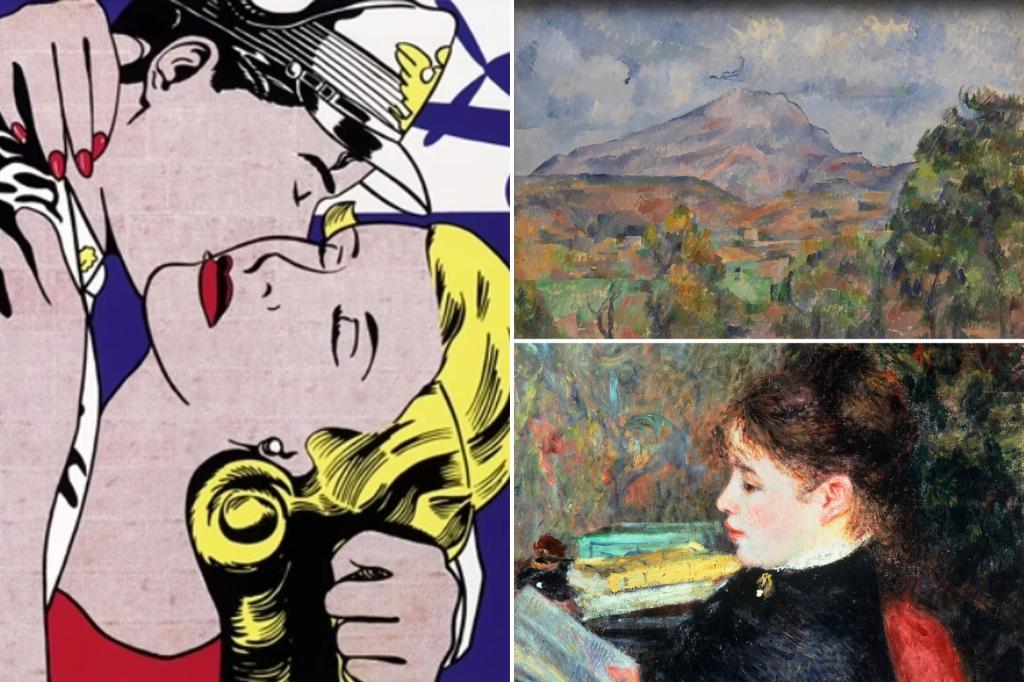 The astonishing art collection of late Microsoft founder Paul Allen will soon be auctioned and is expected to fetch more than $1 billion – the most expensive art auction in history.

In a statement released on Thursday evening, Christie’s confirmed that it had secured the sale rights to more than 150 “masterpieces” spanning 500 years of art history, including works by Paul Cézanne, Roy Lichtenstein and Georgia O. ‘Keeffe.

Christie’s confirmed that all proceeds would be split between several charities, “in accordance with Mr Allen’s wishes”.

Allen, who died in 2018 of complications from non-Hodgkin’s lymphoma, co-founded Microsoft in 1975 with childhood friend Bill Gates. After leaving the company in 1983 (he remained on the board of directors until 2000), he built up a real reputation as a philanthropist and collector.

Valued at $20 billion at the time of his death, Allen’s lifetime charitable contributions totaled $2 billion distributed to medical, cultural and environmental causes. Founder of the Seattle Museum of Pop Culture and the Seattle Art Fair, Allen was also a frequent loaner to the Seattle Art Museum.

An avid but discreet collector, Allen was posthumously identified as the anonymous buyer in 2016 of Claude Monet’s “Meule”, the first of his Haystacks series. The painting was sold at Christie’s for $81.4 million.

Other expected auction highlights include Jasper Johns’ 1960’s ‘Small False Start’, which is expected to start bidding at $50 million, and Paul Cézanne’s 1888 landscape ‘La Montagne Sainte-Victoire’. to 1890, valued at $100 million.

According to his official website, Allen’s passion for art was born in his childhood and was further rooted after a visit to the Tate Gallery in London left him “deeply moved”.

“You must be [collecting art] because you love the works…and you know all of these works are going to outlast you,” Allen said in 2006.

“You are only a temporary guardian of them.”

In a 2018 interview after Allen’s death, Ben Heywood, executive director and chief curator of the Bellevue Arts Museum, described the tech wizard as unique among other art lovers.

“What sets Paul apart from other great collectors is that he didn’t need to justify his collection to anyone,” he told ArtNet.

“[Allen] was not collecting as part of a peer-to-peer activity where collections were put together in order to make him look good.

Allen’s former acquisitions adviser, Pablo Schugurensky, agreed, saying how “he would ask questions and listen, and remember everything.

“He was ambitious when it came to collecting and he was always extremely curious to learn.”

Allen wasn’t snobby about what he liked either, and mixed his nobler purchases with quirkier items like the first chair William Shatner sat in in the first episode of Star Trek and a range of memorabilia. by Jimi Hendrix.

In 2010, Allen pledged to leave the majority of his fortune to charity. But even before his death, he was dedicated to sharing his art collection with the public.

Speaking to Bloomberg in 2015, he said: “To live with these works of art is truly amazing. I think you should share some of the works to give the public a chance to see them.

Kimberly Rorschach, director and CEO of the Seattle Museum, described Allen as a generous supporter whose time and energy helped the institution at “a critical time in our history.”

Christie’s CEO Guillaume Cerutti promised in a statement that the sale of Allen’s collection would be “an event of unprecedented magnitude”.

“Paul’s life was guided by his desire to make the world a better place,” Cerutti wrote.

“We believe that presenting his collection at auction and giving the opportunity to a wider audience to discover it will be a fitting tribute to celebrate Paul Allen’s vision and legacy.”

Christie’s announcement also included a statement from Jody Allen, Allen’s sister and executor of his estate. In 1986, the siblings co-founded Vulcan, a holding company for the family’s various business interests.

“For Paul, art was both analytical and emotional,” Allen said.

“These works mean so much to so many, and I know that Christie’s will ensure their respectful dissemination to generate tremendous value for philanthropic endeavors in accordance with Paul’s wishes.”

The sale of Allen’s collection follows several record auctions. Earlier this year, Sotheby’s raked in $922 million from the acrimonious scattering of the collection of property developer Harry Macklowe and his ex-wife, Linda. In 2018, Christie’s scored big with the $835 million sale of the Peggy and David Rockefeller collection.

Christie’s did not immediately return a request for comment on the auction.