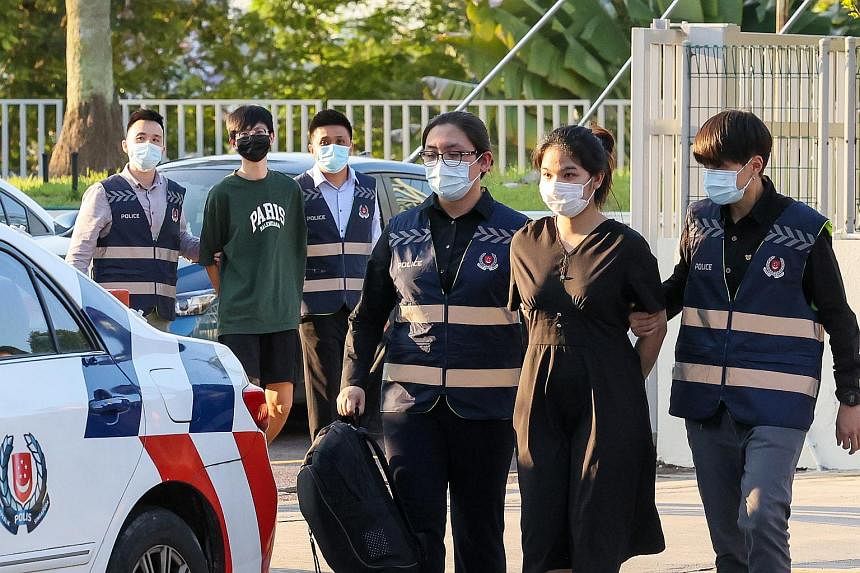 SINGAPORE — Investigations are ongoing into the couple’s alleged involvement in a luxury goods scam said to be linked to undelivered items worth $32 million.

The case involving Singaporean Pi Jiapeng and his Thai wife Pansuk Siriwipa, both 27, was adjourned for a pre-trial on October 11.

A pre-trial is when the prosecution and defense attorneys meet behind closed doors to discuss the handling of a case.

The couple appeared in court via video link from the Central Police Division on Friday August 26.

The court heard the no-bail order for the duo, who wore red tops, remained in place.

They first appeared in court on August 12, when they were each charged with three counts – two of cheating and one of leaving Singapore illegally.

They are accused of being involved in a conspiracy to deceive Tradenation and Tradeluxury clients between January and June.

The amounts allegedly at issue were not disclosed in court documents.

The couple allegedly tricked the victims into believing they would be sold luxury watches and handbags, but had no intention of delivering the items.

In earlier proceedings on August 19, the court heard the case was complex involving more than 180 police reports.

Pi, who was born in China’s Fujian province, was initially arrested by Singapore police (SPF) on June 27.

He had his passport confiscated and was released on $15,000 bail the next day.

Pansuk was assisting police with their investigations and had surrendered his passport to officers on June 30.

The couple became unreachable and allegedly fled Singapore illegally across the land border on July 4.