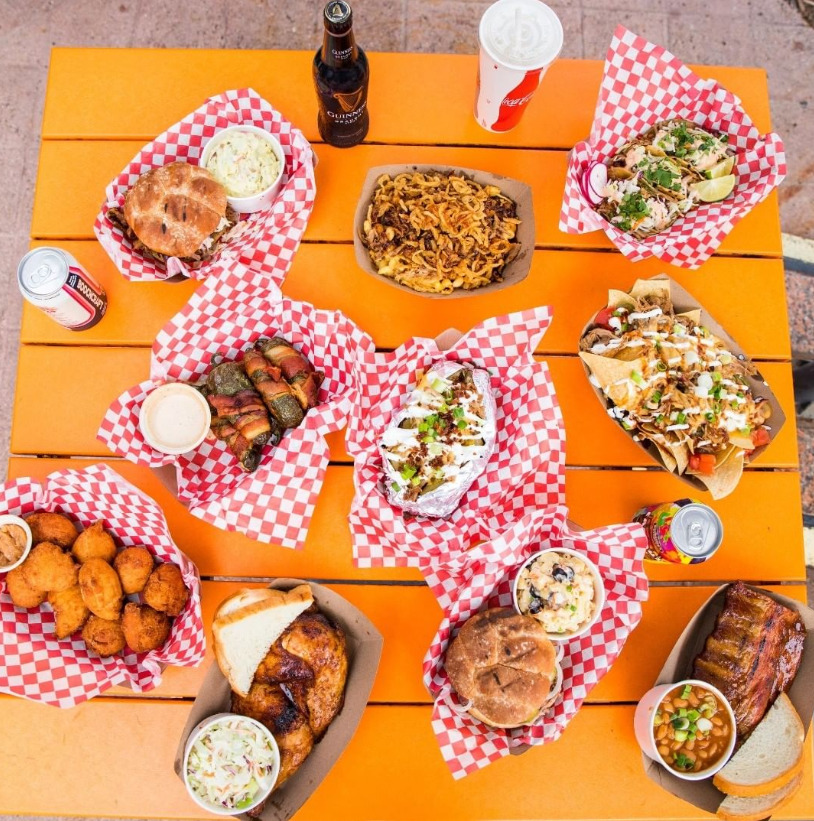 Luis Madrid took over Coronado Coffee Company and Lil’ Piggy’s Bar-BQ as Managing Partner of Blue Bridge Hospitality in March 2020. Luis describes the day: “It was Monday March 16th. It was ironic. It was scary – we were the only ones open to Ferry Landing. The morning was cold and rainy. From there, they just had to go up! Luis remembers: “April and May were better. Then in June the locals left and I thank them for their support. Then some of the East Village and downtown [San Diego] would take the ferry and get takeaway food from us. He says 2021 has been a great year with more people traveling and in 2022 “everyone is feeling the freedom”.

Lil’ Piggy’s Bar-BQ keeps its menu fresh. Over the past two years, vegetarian dishes have been added to the meat-dominated menu, but with a twist. True to the barbecue style, jackfruit tacos have been added but the fruit is treated like pork. “We rub and smoke the jackfruit. A lot of people say, ‘you accidentally gave me pork,'” he laughs. The unique cooking style has kept many coming back, especially on Taco Tuesdays.

Other dishes on the menu include a grilled cheese pork and cookie burrito. The cookie burrito was intended to be a special item, but demand led to it being made a permanent item. Luis continues to offer monthly specials and enjoys hearing from his staff about their menu ideas. “Everyone here has a say. At the coffee cart, they say “let’s try this drink”, at Piggy’s, they want to sell buckets of beer. I say ‘let’s get some buckets!’

Ahead, Coronado Coffee Company is gearing up for a spooky season with pumpkin spice lattes and eggnog. Meanwhile, Lil’ Piggy’s will be offering a BBQ Pulled Pork Quesadilla and Rib Sandwich.

Lil’ Piggy’s Bar-BQ and Coronado Coffee Company are both active in the community. “Both locations participate in Safe Harbor Coronado Wellness Wednesdays, where we donate 10% of our sales every Wednesday for the entire month of May.”

Plus, Lil’ Piggy’s contributes to the Coronado Schools Foundation Scholarship Program and Coronado Coffee Company donated an entire year’s worth of coffee for the FSC Silent Auction!

Disembarking from the ferry

The Coronado Ferry Landing is the perfect location for both of these ventures. Luis says of customers like cyclists, “They used to have coffee because we were here, but now we have become their destination!” He says the same goes for visitors who come to the Ferry Landing on their boats from East Village for the Bar-BQ.