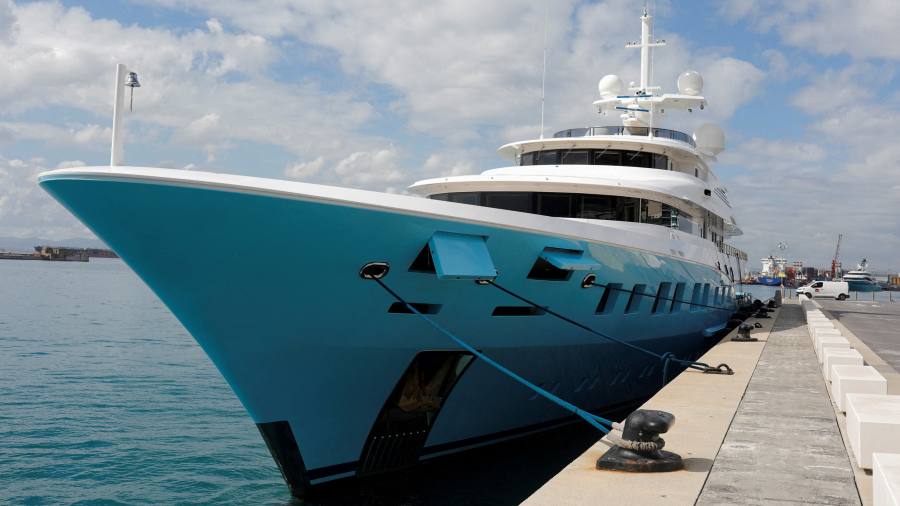 The first superyacht to be sold after being seized from a sanctioned Russian oligarch after Russia invaded Ukraine has attracted 63 bids at an auction in Gibraltar, auctioneers have said.

Axioma, a 236ft luxury vessel owned by Russian billionaire Dmitry Pumpyansky, has been sold by order of the Admiralty Court of Gibraltar to repay JPMorgan of a €20.5million loan linked to the vessel.

The yacht, estimated to be worth between 55 and 60 million euros, was seized in Gibraltar in March, a small British territory at the entrance to the Mediterranean, as authorities around the world seized luxury vessels belonging to sanctioned Russians.

Pumpyansky, the former owner of OAO TMK, Russia’s largest steel pipe maker, faced EU and UK sanctions in March when British authorities described him as the one of Russian President Vladimir Putin’s closest oligarchs. The UK has estimated his net worth at £1.84 billion.

The auction drew 63 sealed bids by Tuesday’s deadline, said Nigel Hollyer, a broker at Howe Robinson. In consultation with the Marshal of the Admiralty of Gibraltar, a final decision on the winning bid is expected to be made by Monday, but the identity of the new owner will not be disclosed, Hollyer added.

The Axioma, originally named Red Square, has a glass elevator, infinity pool, and 3D cinema, among other amenities. It was previously available for charter up to €635,000 per week.

According to court documents cited by Reuters, JPMorgan obtained a Gibraltar court order clearing the sale of the yacht after Pumpyansky failed to repay a 20.5 million euro loan to an investment firm he possessed.