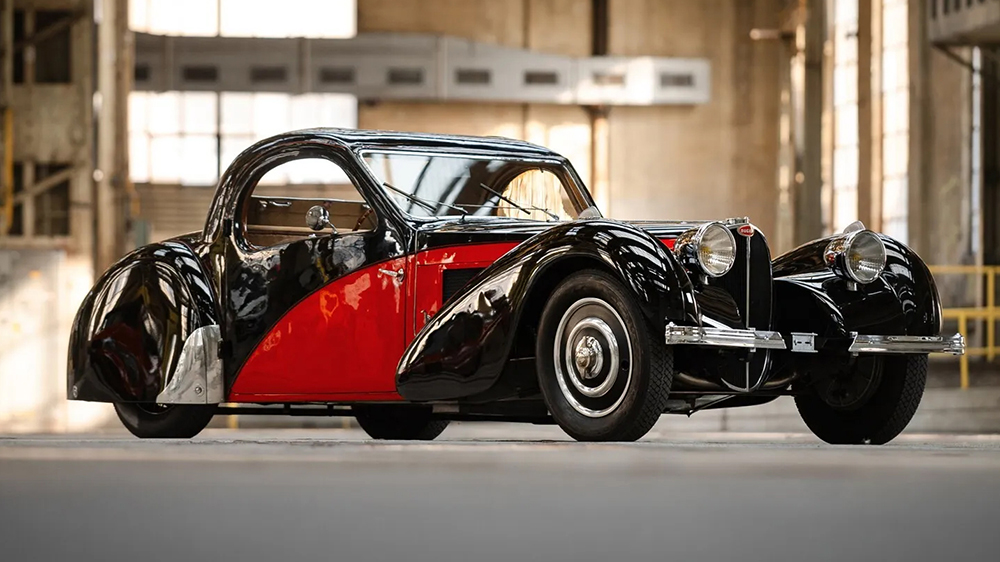 Ettore Bugatti once said: “Nothing is too beautiful, nothing is too expensive”. This pre-war ride may well be proof of that.

The rare Bugatti Type 57S Atalante Coupé in question is one of the most desirable cars in the French marque’s century-old history. It will top the sale at RM Sotheby’s St. Moritz on September 9. Other auction highlights include an elegant silver 1965 Aston Martin DB5 Vantage and an elegant black 1957 Mercedes-Benz 190 SL, no less.

Designed by the son of the aforementioned founder, Jean Bugatti, the Type 57 included S and SC variants (Lowered for “lowered” and Compressor for “supercharger”) which reached very limited production in the 1930s. Deco.

The Immaculate Atalante has been part of the same collection for nearly 30 years.

This beautiful example is said to be one of the 17 Atalante Coupé that left the factory. Dating back to 1936, the 86-year-old four-wheeler features striking two-tone paint, with a gloss black base and a bright red French Curve on each side. It also has stunning riveting all over its bodywork, according to RM Sotheby’s.

The 1936 model remains in “exceptional condition”.

Additionally, the auction house says the vintage rarity has resided in a private Swiss collection for nearly three decades and therefore remains in “exceptional condition.”

Although no estimate has yet been given, you can expect Atalante to fetch a pretty penny. In 2020, a similar model sold for over $10.4 million at a Gooding & Company auction. Just remember what Ettore said: Nothing is too expensive.

Click here to see all photos of the 1936 Bugatti Type 57S Atalante.