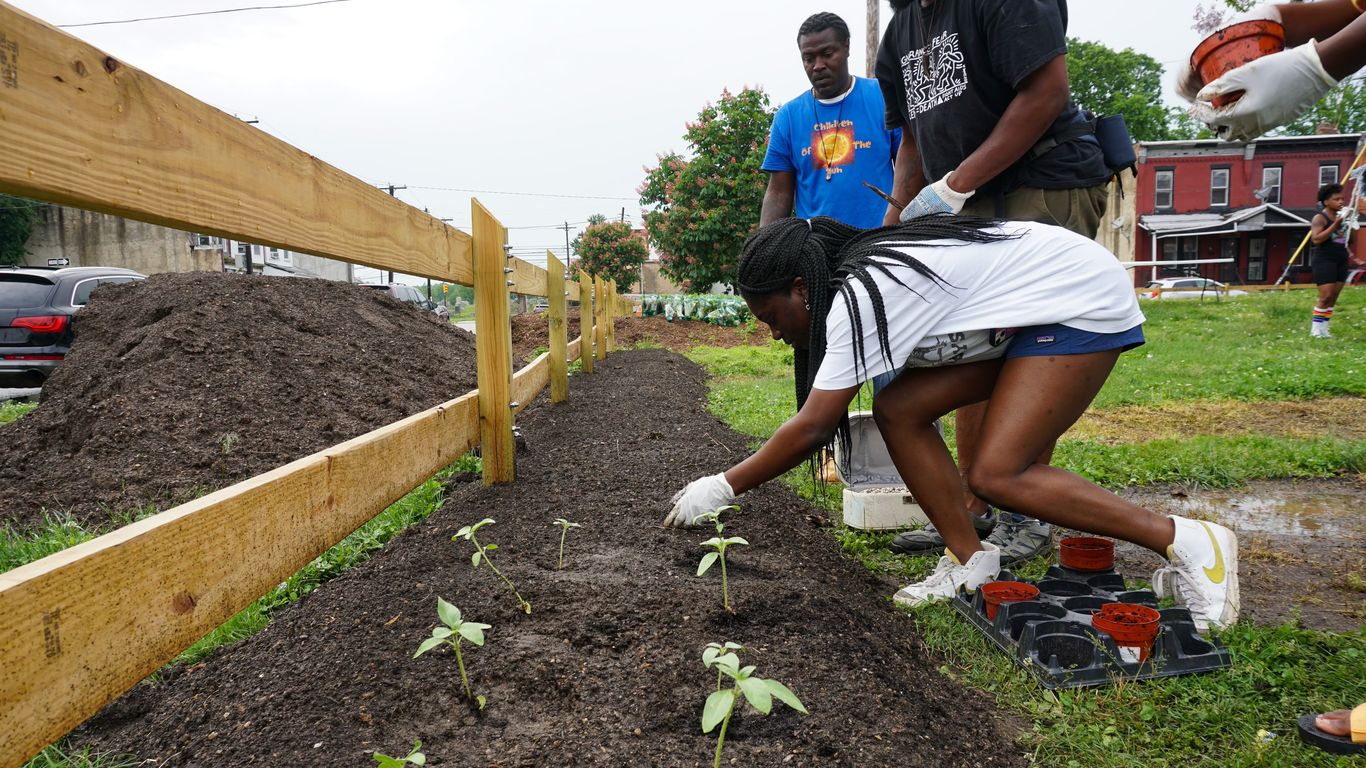 Abandoned land in Southwest Philadelphia, where chiefs and community members grow produce to feed neighbors, is at risk of being auctioned off at a sheriff’s sale next month.

Driving the news: The People’s Kitchenwho sanitized and transformed 30 lots in the city into community gardens, flyers found on the fences outside some of their garden beds several weeks ago, informing them of a sheriff’s sale.

Why is this important: According Feeding America 2019 Data. Advocates believe this rate has increased dramatically during the pandemic.

State of play: The People’s Kitchen raised nearly $17,000 from a GoFundMe page set up in mid-June to help the association buy the land.

The context: The land is held in trust by the U.S. Bank and is owned by bond insurance company MBIA, which purchased approximately 30,000 tax liens from the city of Philadelphia in 1997. The city had pooled the liens and sold them for the purpose to raise funds for the financing of schools. .

The big picture: The People’s Kitchen is among several community groups and city leaders who have lobbied for legislation to protect community gardens across Philadelphia.

Between the lines: Chiu told Axios that the group is particularly concerned now that the Sheriff’s sales are happening online, a change that happened last year that the organization says allows developers and people without local ties to bid more easily in the field. The People’s Kitchen believes that community members should have first access.

What they say : Linebarger Goggan Blair & Sampson, the law firm representing US Bank, told Axios that they had “constantly worked with city leaders to slow, not stop, the sale” of plots used as community gardens” until until it is determined whether a resolution can be found between the City of Philadelphia and MBIA as the lien owner.”