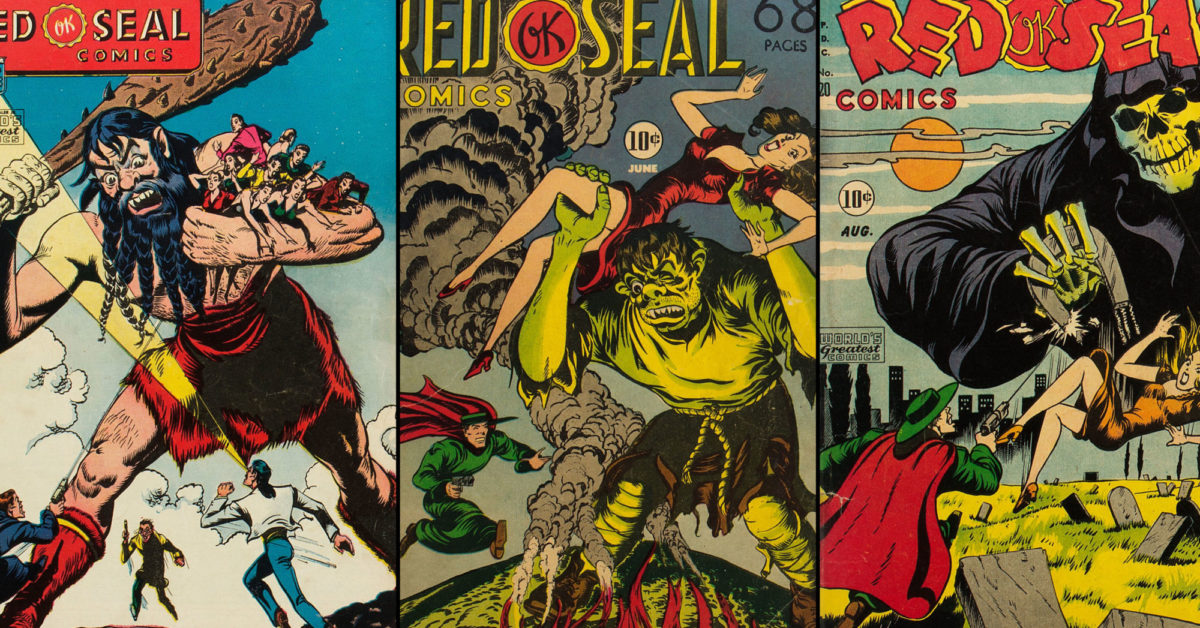 In the same way Gus Ricadistinctive stylist Paul Gattoso is one of the key artists who gave Harry Chesler‘s comics their distinctive look. Gattuso worked for Chesler from around 1944, on titles such as Dynamic comics, comic punch and Scoop comics among others. The Black Dwarf character who appeared in Spotlight on Comics and Red Seal Comics is perhaps his most remembered work, but his extremely creative covers on a range of titles were memorable due to his art style and his use of particular elements of fantasy and horror. For this reason, Chesler comics such as those on the Red Seal Comics that feature Gattuso covers are also often sought after by Pre-Code Horror collectors. Among the most distinctive comedic works of art from the Golden Age are several numbers from Red Seal Comicsmany of which are featuring Gattuso covers up for auction at Heritage Auctions’ Sunday & Monday July 3-4, 2022 Selective Comics Auction #122227.

In particular, in his book Seduction of the innocent, Frederic Wertham singled out what was originally a Black Dwarf story by Gattuso, published as “Blue Monk” in St. John’s Crime Reporter #2saying, “The kids told me what the man was going to do with the red-hot poker.”

Although they technically predated the era that Pre-Code Horror collectors usually focus on (1947-1954), their covers and content make them impossible to ignore in this context. Paul Gattuso was an artist whose work comfortably straddled horror, fantasy and superheroes, there are several issues of Red Seal Comicsmany of which are featuring Gattuso covers up for auction at Heritage Auctions’ Sunday & Monday July 3-4, 2022 Selective Comics Auction #122227.