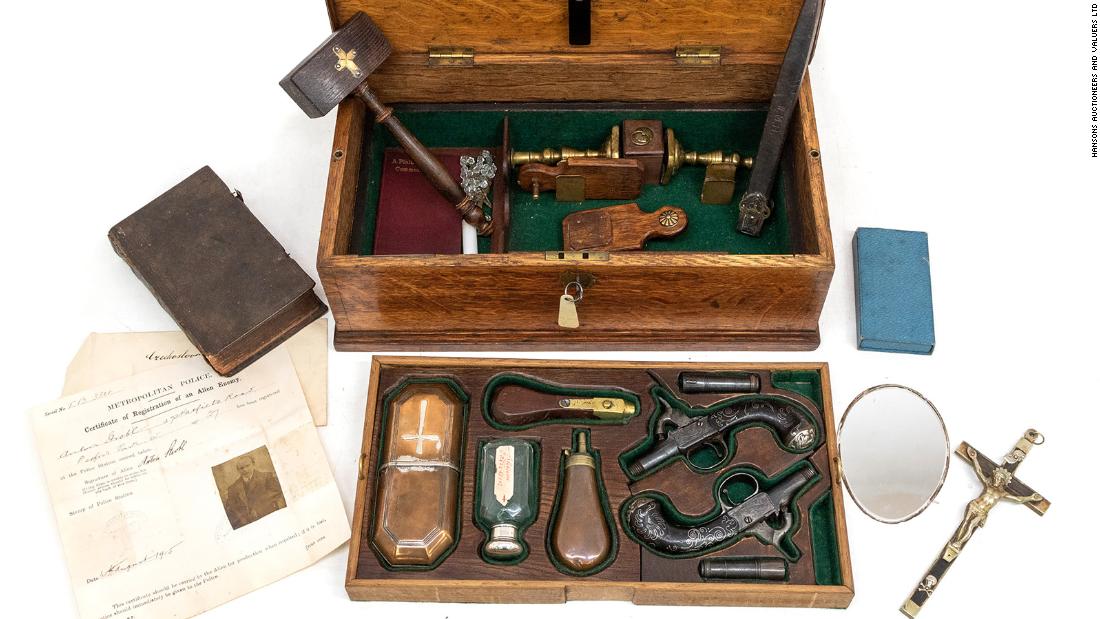 A vampire killing kit once owned by a British aristocrat sparked an international bidding war before selling for six times its estimated price, according to Hansons Auctioneers.

The late 19th century kit, which sold for £13,000 ($15,736.49) on Thursday, belonged to Lord William Malcolm Hailey (1872-1969), a British peer and former administrator of British India, Hansons Auctioneers said in a press release.
“Whether out of fear or fascination, it is interesting to know that a member of the highest aristocratic social order, a man with a place in the House of Lords, acquired this object,” said Charles Hanson , owner of the auction house. “It reminds us that the vampire myth touches people from all walks of life.”

“The task of killing a vampire was an extremely serious one, and historical accounts suggested the need for special methods and tools,” Hanson said. “Items of religious significance, such as crucifixes and Bibles, were meant to repel these monsters, hence their presence in the kit.”

The strange object attracted bidders from around the world, including France, the United States and Canada. An anonymous bidder from the UK won.

It is unclear whether the buyer will put the kit to good use. But Hansons Auctioneers says: “Belief in vampires, an undead creature said to need human blood to survive, dates back hundreds of years and persists in some parts of the world today.”