St. Mary’s Hall, located inside the former St. Mary’s Episcopal Church (pictured), will be the site of a musical program during the Lake Vermilion Cultural Center’s ‘Midsummer in Norway’ fundraiser on June 18. The old church has been moved to its current location at the west end of the main street in Tower and is being restored as a community event and cultural space. Photos submitted.

TOWER – Each year, the Lake Vermilion Cultural Center (LVCC) hosts a major fundraising event called Midsummer that celebrates the rich ethnic mix of immigrants who call this part of Minnesota home. This year the 10th Midsummer event titled “Midsummer in Norway” will take place on Saturday June 18 at the Herb Lamppa Civic Center in Tower and St. Mary’s Hall across the street.

This is the first time the program will take place in the auditorium of St. Mary’s Hall. While the space is still being renovated, the LVCC is thrilled to showcase the beautiful acoustics and stained glass windows.

The event begins at 4:30 p.m. with a silent auction followed by a Norwegian themed dinner and a live auction led by Steve Solkela. The guest speaker is St. Louis County Commissioner Paul McDonald.

After dinner, a musical program will take place with the Midsummer Singers led by Janice Kimes, Executive Producer, Musical Director and Narrator, and Larry Reynolds, Rehearsal Director. The Midsummer Singers are made up of singers from the Twin Cities and Lake Vermilion areas. Featured soloists and musicians include local musician Steve Solkela; fiddlers Hardanger Marlys and Robert Larsen; and lyric soprano Linda Bajan, who will perform Grieg’s Peer Gynt. Tickets for the benefit are $75 and can be ordered online at the LVCC website, www.vermilionculturalcenter.org, or by emailing Mary Batinich at [email protected] to request a written invitation. RSVP by Saturday, June 4.

In the mid-1880s, the Sudan Underground Mine began producing iron ore to meet the needs of a growing nation. In 1888, the Episcopal Church of Minnesota granted a charter to a group of English-speaking residents of Tower, to organize St. Mary’s Episcopal Church, built in the summer of 1889. Until 2016, no major changes had been brought to the structure.

The beautiful stained glass windows, the curved facade (or apse) of the church and the vaulted ceilings recall the prow of a ship. St. Mary’s has the distinction of being the first Episcopal church established in northern Minnesota. All indications lead to the likelihood that 19th-century architect Cass Gilbert, who also designed several Episcopal churches in northern Minnesota, designed it. He is also well known for designing the Minnesota State Capitol, the United States Supreme Court Building, and many other notable structures.

When the mining boom ended and the population of Tower-Sudan dwindled, St. Mary’s continued to marry, bury and serve the faithful of the community. The small Episcopal community continued to serve its congregation until around 2012, when the church was deconsecrated and turned over to a group led by an Episcopal Church of Minnesota administrator, Mary Smilanich Batinich.

In 2015, St. Mary’s was moved to the historic center of Tower and placed on a new foundation, which will allow the building to have a kitchen, lobby, bathrooms and meeting spaces that it had never had before. An addition is being built with accessibility for the disabled, including an elevator.

Great care has been taken to preserve the original facade of the building and the 17 beautiful leaded glass windows of centuries-old design. After the original church was moved, a separate carriage house was added to the grounds in the same style as St. Mary’s Hall, providing much-needed storage.

Since the move, the LVCC has offered an ongoing education program of over 50 presentations and hosted numerous fundraising events to help complete this extraordinary facility.

When completed, this architectural gem will provide the Tower, Lake Vermilion and the Northern Iron Range region with a stunning facility that will provide an auditorium, art gallery, library, reading room and venue for weddings, meetings, dinners, dancing and other events. .

The LVCC grounds will feature serene gardens and memorial benches for visitor enjoyment. All windows and many rooms and pews are named in honor or in memory of loved ones. A few major spaces at the resort are still available for naming rights as part of our ongoing fundraising efforts. Additionally, there are 4 and 5 foot benches that can be subscribed in honor and memory of a loved one and will be located around the LVCC grounds.

Mary Smilanich Batinich, President of LVCC, was born in Grand Rapids and raised in northern Itasca County and the Twin Cities. She ran an international educational travel agency for 50 years. She now owns the Vermilion Park Inn bed and breakfast in Sudan.

Elaine McGillivray, secretary of the LVCC, is a retired university professor and lawyer. She is originally from Virginia. After living in the Twin Cities for 35 years, she is now retired to Lake Vermilion in Tower. 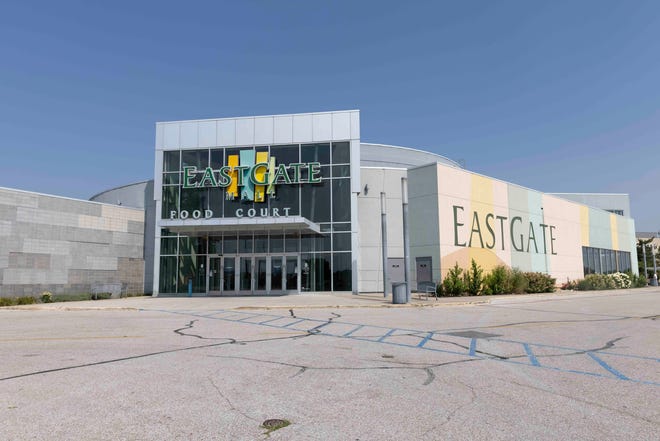