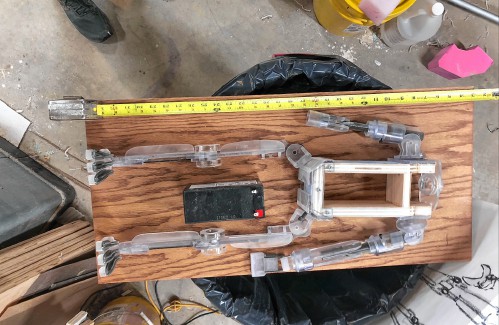 HAYDENVILLE — An art auction to benefit war-affected Ukrainians in that country is looking for artists to donate pieces.

Magdalene, a resident of Haydenville, said the auction had already received photographs, acid-etched concrete wall hangings, a pencil drawing and painting by the late Gregory Stone, and an artwork by late Gerald Wise. She said about 30 pieces have been donated so far.

The auction will take place at the Haydenville Congregational Church from 10 a.m. to 4 p.m. on June 18, and all donations will go to a relief effort Madeleine donated to in Ukraine.

For security reasons, Tracy’s friend is not named, but he has worked with the United Nations in the past and runs a non-profit football association.

So far, nearly $21,000 has been raised by Madeleine, with thousands of dollars coming from her own pocket. And more than 250 families have been able to cross the border thanks to the work of his friend and his network.

Those interested in donating artwork for the auction or donating money directly can call Magdalene at 413-320-9036.

The Huntington Council On Aging will host an Aging Masters Program on Budgeting on May 11.

The program will take place from 1-2 p.m. at Stanton Hall and will be led by Laurie Mikalunas, AVP Branch Manager at Westfield Bank.

How to make a budget plan, online banking and the difference between a payee and a joint account will all be covered in the program, as will credit cards and how to avoid bank and ATM fees and late fees.

The course is free and open to the public, but participants must register by May 10. Those wishing to register should call 413-512-5205.

Local filmmaker Ben Tobin is planning a new narrative photography project that draws inspiration from sci-fi classics such as Lost In Space and The Twilight Zone. However, he is still on the hunt for a 1950s or 1960s ranch-style home for his project location.

“I wanted it to sound very Rockwellian,” Tobin said. “But have that sci-fi vibe.”

The story, which will be told through a series of still photographs, will involve a boy finding a robot and will end with the boy discovering that he is either a robot or an alien.

“I love raising questions with the story,” said Tobin, who expressed a love for art that leaves questions unanswered.

Tobin said he was drawn to both the Victorian era and the 1950s and 1960s because people from those eras looked buttoned up but were “crazy underneath”.

Tobin has already chosen the child for his photography project and a local model maker is building the robot. However, he still has to find a 1950s or 1960s ranch house to take his pictures.

Tobin continues to work on his series of photographs in collaboration with costume designer Christina Beam who is inspired by fairy tales. His thesis film, “A Home for Curiosities”, was also recently published on Vimeo.

Bera Dunau can be reached at [email protected]