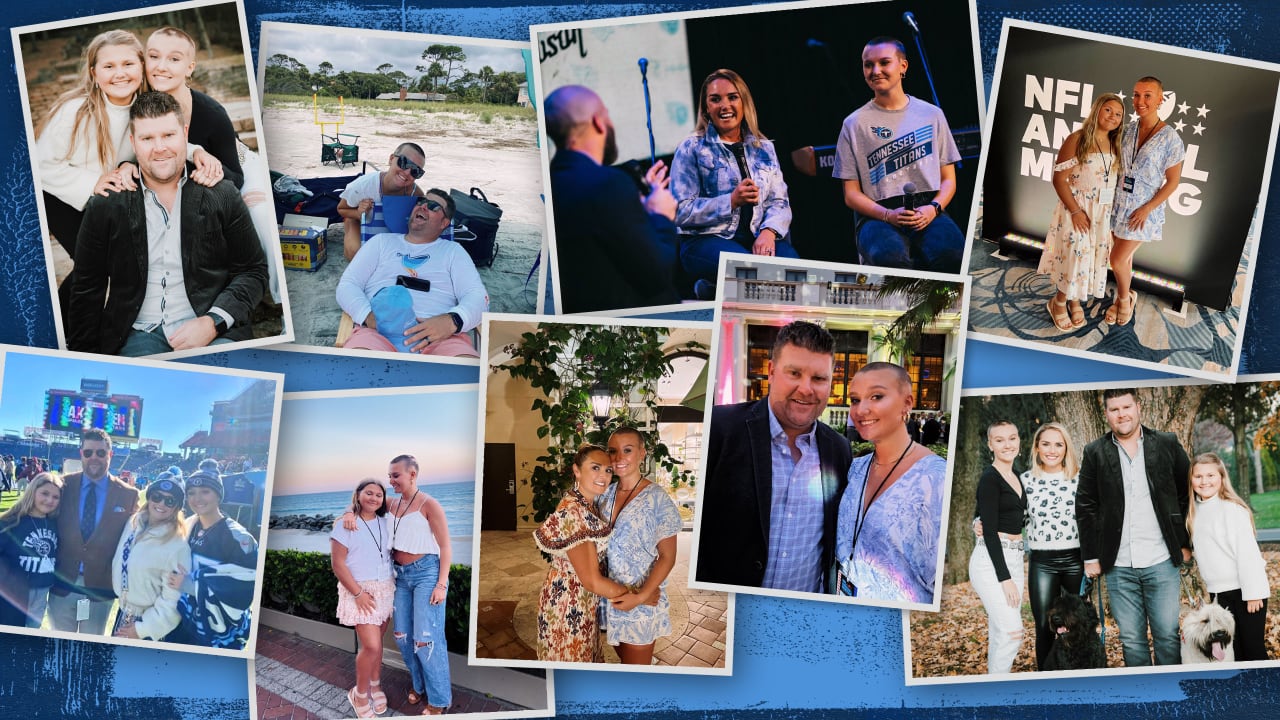 Type 1 diabetes is usually diagnosed in children and young adults. Since the body does not produce insulin, people with the disease must take injections or use an insulin pump, in addition to regularly monitoring their blood sugar.

Taylor, the eldest of Robinson’s two daughters, pays tribute to those around her, from her parents to her younger sister, 13-year-old Bailey, to her friends at FRA.

According to Taylor, her mother was involved in her day-to-day life, from refilling insulin cartridges when needed to helping manage her blood sugar. She promotes diabetes galas and marches. Schuh said Jaimie Robinson reaches out to families of people recently diagnosed with diabetes to encourage and support them. Papa Jon, general manager of the Titans since 2016, has also been active, from helping out at home to providing Titans-related auction items to help raise funds for JDRF. Bailey went out of her way to help, Taylor said, as did her friends at school.

“My dad, he definitely has a soft side for his girls,” Taylor Robinson said with a smile. “He will do anything for me and my sister.

Those who know Taylor have been impressed by her maturity and independence.

After being diagnosed with type 1 diabetes in 2012, Taylor wanted to start getting vaccinated herself, several times a day. She first cried after giving herself insulin injections. Eventually, she switched to an insulin pump before switching to CGM (continuous glucose monitoring), which she is fully proficient with.

Along the way, she stopped the disease from slowing her down.

Taylor Robinson is a cheerleader and a dancer, and she considers herself a normal teenager, although she faced challenges thrown at her early in life.

And, she wants to encourage and help others.

She plans to relay a positive message as a Fire A Cure speaker.

“In addition to type 1 diabetes, I also have alopecia, which is a hair loss disease, and I also have arthritis,” Taylor Robinson said. “But what matters is that I accept it. I like to be quite vulnerable with my life and social media and the way I talk about it. I want people to know, with or without diabetes, that everything is fine. There is nothing to be ashamed of anything. I want to encourage others.

“With diabetes it’s hard, but one day, with the help of others, I hope there will be a cure.”