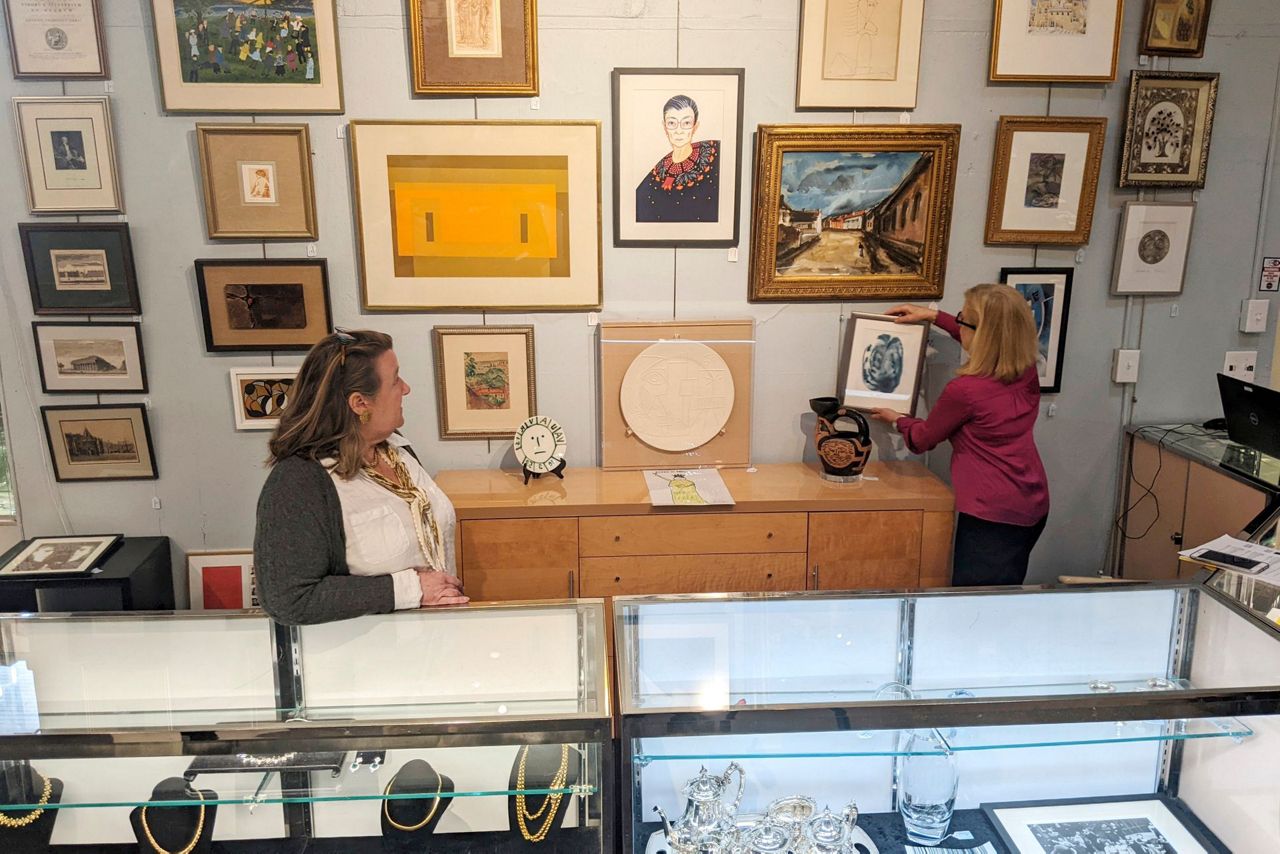 WASHINGTON (AP) — Justice Ruth Bader Ginsburg liked the cartoon that accompanied an article about her so much that she got a copy from the artist and hung it in her Supreme Court office.

This signed and inscribed print by artist Eleanor Davis is among 150 items from Ginsburg’s office and home at Watergate in an online auction to benefit the Washington Opera that will conclude in late April.

Also hanging in Ginsburg’s dining room is a terracotta plate by Pablo Picasso, a black mink coat with his name sewn into a pocket, and a souvenir vase from the Capitol luncheon after former President Barack Obama’s first inauguration. auctioned.

The sale could bring between 50,000 and 80,000 dollars to the Washington National Opera, one of the passions of the late judge. She’s been in at least three productions over the years, including a speaking, but non-singing, role for One Night in 2016.

Ginsburg’s family chose the Potomack Company to manage the auction.

“This is an opportunity to own something personal and support opera,” said auction house owner Elizabeth Haynie Wainstein.

Bidding for some items starts at $25, though the first bid on the Picasso plate is $4,000, Haynie Wainstein said. Three other pieces by Picasso are also in the auction.

The natural black mink coat, made by Washington-area fur company Gartenhaus, starts at $250.

Ginsburg died of cancer at age 87 in September 2020. Appreciation for the Supreme Court’s second female justice and liberal icon, dubbed the Notorious RBG in her later years, continued long after her death.

The Navy recently announced that it would name a ship in the John Lewis class of replenishment tankers after him. The ships are named for people who have fought for civil and human rights, the Navy said.

Last month, the Smithsonian also posthumously honored Ginsburg with the National Museum of American History’s Great Americans Medal. Her children, Jane and James Ginsburg, donated other of their mother’s possessions to the museum, including Ginsburg’s court dress made in Paris and a collection of necklaces she wore over it.

In January, an online auction of Ginsburg’s books brought in $2.3 million, nearly 30 times the pre-sale estimate, according to Bonhams, the company that conducted the auction.

The April auction includes a print of artist Josef Albers’ “Red Orange Wall” hanging above Ginsburg’s bed. Albers was among Ginsburg’s favorite artists. An original work by Albers, on loan from the National Gallery of Art, was prominently displayed in his office at court.

Six works by sculptor Glenna Goodacre that Ginsburg acquired on her regular summer trips to Santa Fe, New Mexico, for an opera festival are up for sale, along with a silver tea set and a pair of Saint Louis crystal eagle bookends.

One of Ginsburg’s grandchildren, Paul Spera, also has an original piece of art among the auction items. His “Bubbie of Liberty,” using the Yiddish word for grandmother, bears a likeness to Ginsburg atop the Statue of Liberty.

Copyright 2022 The Associated Press. All rights reserved. This material may not be published, broadcast, rewritten or redistributed without permission.