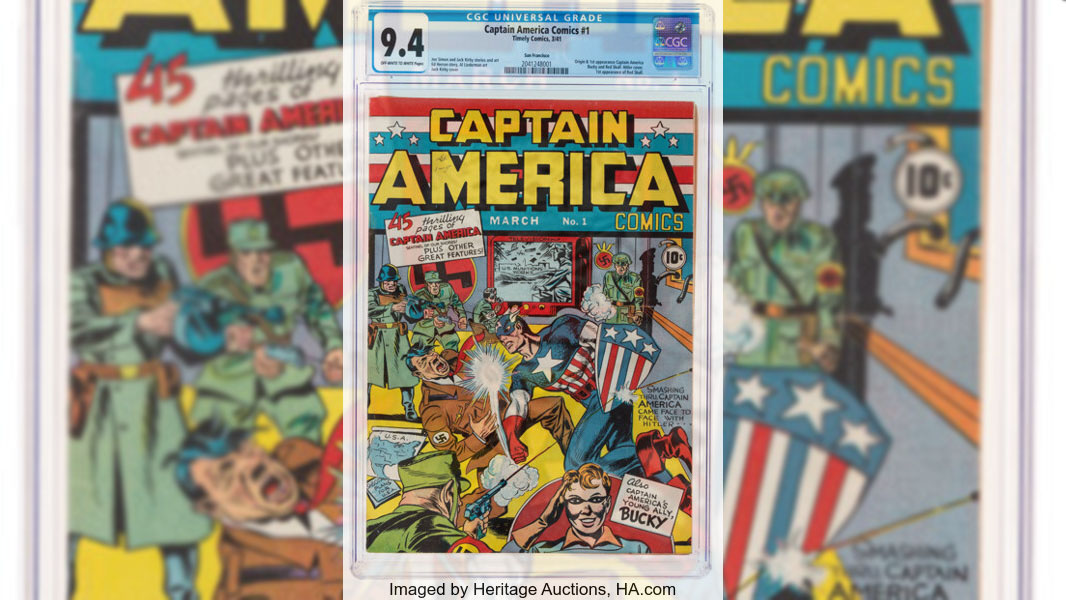 (KTLA) – A near-perfect issue of the first Captain America comic book sold for $3.1 million at auction on Thursday.

“What better way to present a hero dressed in the American flag during World War II than by showing him parrying Hitler?” writes marvel of the issue, which was written by Joe Simon and Jack Kirby.

The comic was a success. But original copies are increasingly difficult to find, especially copies in perfect condition.

One such copy (with a 9.4 rating) went up for auction on Thursday in a comic book and comic book auction by Heritage Auctions. Heritage Auctions previously facilitated the sale of a different copy of the same comic in 2019 – when it sold for just $915,000 – but bidding on that particular issue opened at $1,825,000 on Friday.

The issue eventually sold for $3,120,000, marking the fourth highest price ever paid for a comic at auction.

Other popular comics also set records at this week’s auction, including the issue that introduced the Fantastic Four and a ‘cover page’ from 1964’s ‘Tales of Suspense’ featuring Captain America. .

“Every time I looked up during the comic book portion of the session, a new record would fall, and with comic books that trend continued,” said Barry Sandoval, vice president of Heritage Auctions. “We knew this was a selection of truly exceptional materials, and we’re thrilled the bidders agreed with that.”