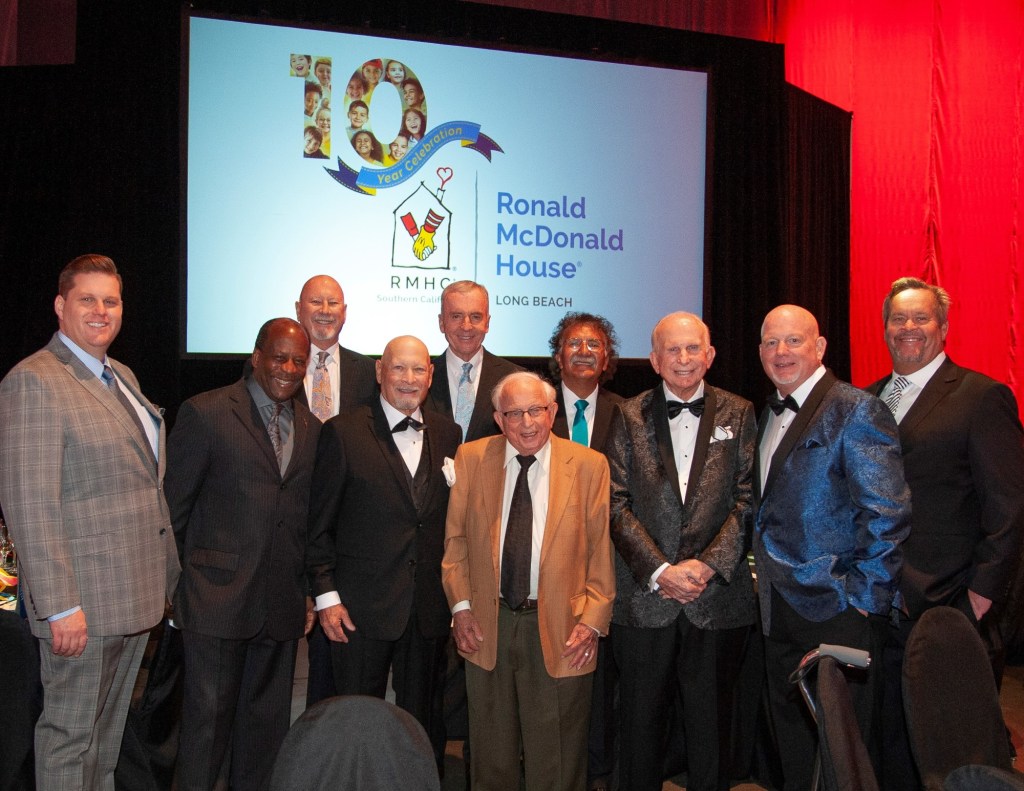 It was their seventh gala but the first since 2019 – and they haven’t missed a beat. Some 810 guests came to support the winners and the cause.

The evening was a spectacular success, raising over $ 840,000. He also celebrated the 10 years of the Ronald McDonald House in Long Beach.

A delicious dinner and the delicious antics of the winners were the highlights, as well as the lively auction of auctioneer Randy Gordon.

Hat-wearing CEO Cheri Bazley, her fashion icon, was the evening’s mistress of ceremonies. A heartbreaking story from the personal experience of family member Kristin Akin, with Ronald McDonald House, underscored the mission.

â€œStep into Old Hollywoodâ€ was a spectacular way to renew the Dramatic Arts Guild’s annual fundraiser. The event, late last year, was the first â€œin personâ€ celebration in three years.

Over 200 enthusiastic guests gathered at the Long Beach Marriott for lunch and music review presented by Greg Schreiner’s Hollywood Revisited, enjoying nostalgic music and old Hollywood costumes. Known for its exceptional sellers, the crowd was enthusiastic as they shopped and bid on the silent auction items.

There were 200 guests on hand for the presentation of the Ackerman Crystal Arts and Humanitarian Awards which were presented to the Commissioner of the Port of Long Beach, Bonnie Lowenthal, presented by Vice Mayor Rex Richardson, and the editor of the Grunion Gazette , Harry Saltzgaver, introduced by Nancy, ICT Board Member. Ackerman Gaines. (The Grunion, like the Press-Telegram, is part of the Southern California News Group.) They have been recognized for their service, philanthropy, and support for the arts and education.

The evening began in the glamorous setting of the Arena Hall for a champagne, music and wine reception. Mayor Robert Garcia virtually greeted the crowd in the Pacific Ballroom for dinner. Award-winning musician Stephan Terry, on keyboards, captivated the crowd at the reception and during dinner. The dinner chairs for the evening were ICT Board members Cory Allen and Louis Altman. The role of emcee was skillfully managed by the dynamic Steve Goodling. ICT board member David Zanatta prepared the videos for the winners. Randy Gordon was in great shape as an auctioneer.

â€œAn Affaire to Remember,â€ the San Pedro Peninsula Cancer Guild’s annual fundraiser, drew a crowd of 325 guests in November. The 12 vendor shop was, as usual, very popular. The event raised approximately $ 65,000, which is part of the 65-member guild’s annual donation to the USC Comprehensive Cancer Center.

Guild member and founder JosÃ©phine Nizetich said she was pleased with the enthusiasm of this year’s crowd. The decor of JosÃ©phine’s reception area is a hit every year.

Event President Yvonne Bogdanovich introduced guest speaker Dr Heinz-Joseph Lenz, who provided an annual update on his advances in cancer research. These include creating less invasive treatments and making further progress towards their ultimate goal: a vaccine for cancer prevention. His mantra is, “We will see this in our lifetime.” Bogdanovich also introduced USC Comprehensive Cancer Center director Dr. Caryn Lerman.

After lunch, guests were treated to a fashion show featuring designs by Lourdes Chavez and Robert Ellis. Each guest received a $ 200 gift certificate redeemable at the Robert Ellis boutique.

A highlight at the end of the lunch was the raffle prize draw. Linda Spanjol won a $ 1,500 gift certificate for Chavez creations, Dolores Matich won $ 1,000 in cash, Kristin Tarnofsky won $ 500 and Debra Zemlirk received $ 250.

Once again, Senior Member Ruberta Weaver greeted all incoming guests as they arrived. Jeannine Shearing’s table applauded enthusiastically as the evening dress stepped off the catwalk, and Christine Ofiesh and her friends marveled at the height of the models’ stiletto heels! Moore thanked attendees Esther Beard, Lynne Venturini, Bernadette Padovan and Diana Martin for donating this year’s raffle prizes.

News of charitable social events can be sent to Shirley Wild at [email protected] or by fax to 562-594-9468. Please include a contact phone number. Send high resolution jpeg photos, as an attachment, to [email protected] and include the group name and individual IDs from the left. Call Shirley at 562-594-9468 for more information.

Sign up for The Localist, our daily email newsletter with handpicked stories related to where you live. Subscribe here.