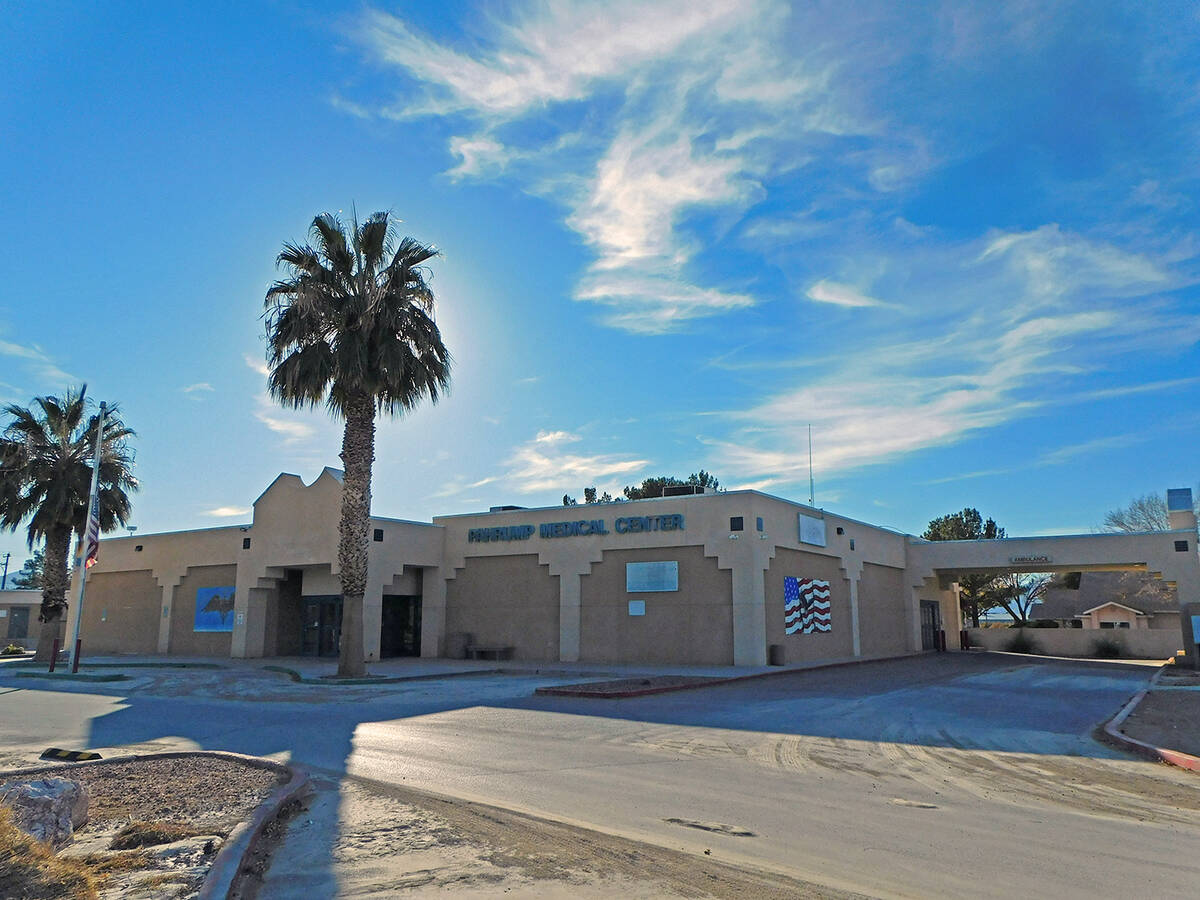 After months of discussions regarding the possible sale of Pahrump Medical Center and weeks of advertising its intention to do so at public auction, the Nye County Commission seemed all set to deal with the case this week, but at the last minute, the article was withdrawn. of the agenda due to undisclosed issues with the auction process.

Pahrump Medical Center is a large county-owned medical facility located at 1501 and 1503 E. Calvada Blvd. Formerly leased by Healthcare Partners of Nevada, the building was vacated by the company in 2017 when it opened its new facility on Loop Road, just off Highway 160, which is now owned and operated by Intermountain Health. In the years since, the county has not had much luck in leasing the building to another entity and currently there is only one tenant, First Choice Pregnancy Center.

With that in mind, Commissioner Leo Blundo came up with the idea of ​​selling the facility earlier this year and the majority of his fellow Commissioners were willing to at least consider the idea. The county then requested a fair market valuation of the property, which estimated the building’s value at $ 1.8 million and three and a half months later, the commissioners passed a resolution setting the date for the sale to the public auction on Tuesday, December 7. With just under $ 100,000 of lighting renovations and building envelope improvements recently completed, the minimum bid was set at $ 1,902,976.

However, in the middle of the December 7 meeting, Nye County Director Tim Sutton stepped between two agenda items to request that item three, approval of the agenda, be reopened. He noted that he had received correspondence from the Nye County District Attorney’s office and as such the commission would need a closed session to discuss some emails Sutton received during the meeting. .

Shortly after, committee chairperson Debra Strickland opened the agenda item regarding the Pahrump Medical Center auction, but Sutton cut him off to explain that that particular point was the topic. of the closed session, prompting the board to turn to another point instead. After the general report on the road was completed, the commissioners began their closed session for approximately 45 minutes, after which they briefly returned to the regular meeting.

Strickland then reopened point three once more and Sutton explained that the auction would not take place that afternoon.

“After consultation with the DA office, it has been determined that there are irregularities in our auction process and therefore we will not proceed with item 21, which is the bid item. PMC (Pahrump Medical Center), ”Sutton said. “All registered bidders will have their money refunded today and the item will be rearranged at a future meeting. “

No further explanation was provided as to why the auction was halted. When asked to provide details of the irregularities that prompted the cancellation, Sutton told the Pahrump Valley Times he was unable to release that information at this time.