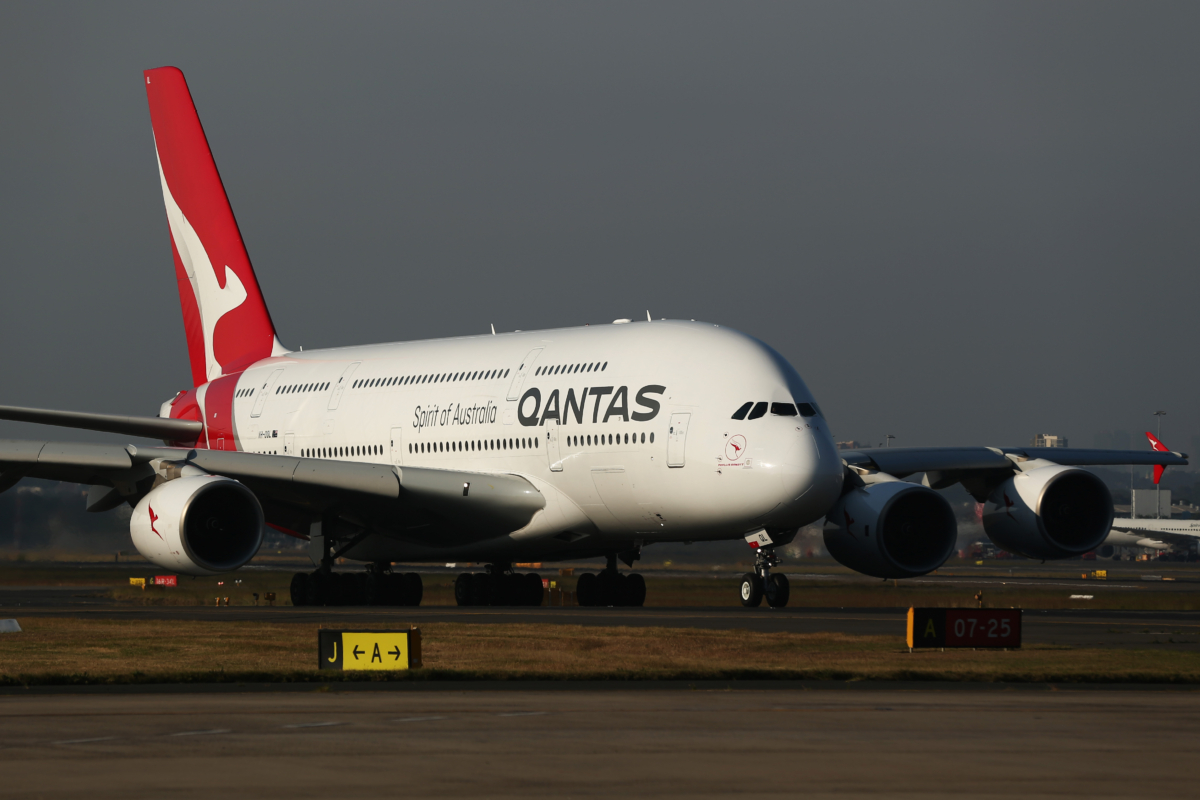 Need a new chair for your home or office? Maybe Qantas has the answer. The Australian airline is auctioning two Airbus A380 Skybed II business class seats. But the seats are not sold for cash. Qantas is holding an auction using loyalty points.

While Qantas has come under fire for suspending nearly all of its international flights, the airline has done an exceptional job in keeping its frequent travelers engaged. Whether it’s buying cases of liquor with bonus points at the Qantas wine store, taking cool scenic flights, or hosting auctions, the airline works hard to retain its best customers.

There are two iterations of the Skybed. The SkyBed I designed by Marc Newson was presented with great fanfare in 2003. At the time, the chair was considered a design icon. The introduction of SkyBed II coincided with the arrival of the Airbus A380 in Qantas. A super chic business suite has since replaced the Skybed II.

“Land yourself a priceless piece of Qantas memories,” the airline’s PR machine spruiks. “Two popular A380 Business Class Skybeds… they’ll make you feel like you’re in the sky all the time. These will be the hottest seats in the house.

As well as being the hottest seats in the house, they will also be the heaviest. The seats weigh 175 kilograms and the wooden platform weighs an additional 60 kilograms. Qantas will deliver to selected locations across Australia, but please say not to bid unless you have room in your home, wide entry points, and the delivery muscle. do no stairs. Qantas also notes that IFE screens will not work.

The closure of international and internal borders kept most Australians on the ground for more than a year. But many of the airline’s more than 12 million frequent flyers continue to accumulate points. Qantas offers many unredeemed loyalty points. In addition to retaining frequent travelers, auctions like this help reduce the pool of points accumulated.

“While travel remains the main thing frequent travelers want to use their Qantas Points on once borders open, we know that many want to use certain points on unique and expensive items,” says Olivia Worth of Qantas.

“The points auction gives members the opportunity to bid on special experiences, and we expect these items to create a point auction frenzy.”

The first on the block was a one hour Boeing 787 simulator session with one of Qantas’ top captains. The starting bid was 50,000 Qantas Points. The session sold for over 1.2 million points (valued at approximately US $ 16,800). While this is not a charity auction, it does suggest that there are many frustrated frequent travelers out there with plenty of items to burn.

Up for auction on Tuesday, a three-day trip to the lush Eichardt’s Private Hotel in Queenstown. Business class tickets for four from Australia are added, and a few other nice touches. Qantas values ​​this at around US $ 37,000. At the time of writing, the online auction is live. Auctions reached 1,900,001 points at 12 noon from close.

A day trip for you and 30 of your loved ones on a QantasLink Dash 8 will also be auctioned off over the next few days. The destinations offered include Hamilton Island, Byron Bay or Devonport. Point-rich parents of football-loving kids could also bid for an hour-long training session for up to 20 kids with Socceroos head coach Graham Arnold.

Auctions for the Skybeds begin at 8:00 a.m. (Sydney time) on August 5 and last 1:00 p.m. Auctions start at 350,000 points. Qantas advises that its auctions are open to Australian residents who are Qantas frequent travelers aged 18 and over.