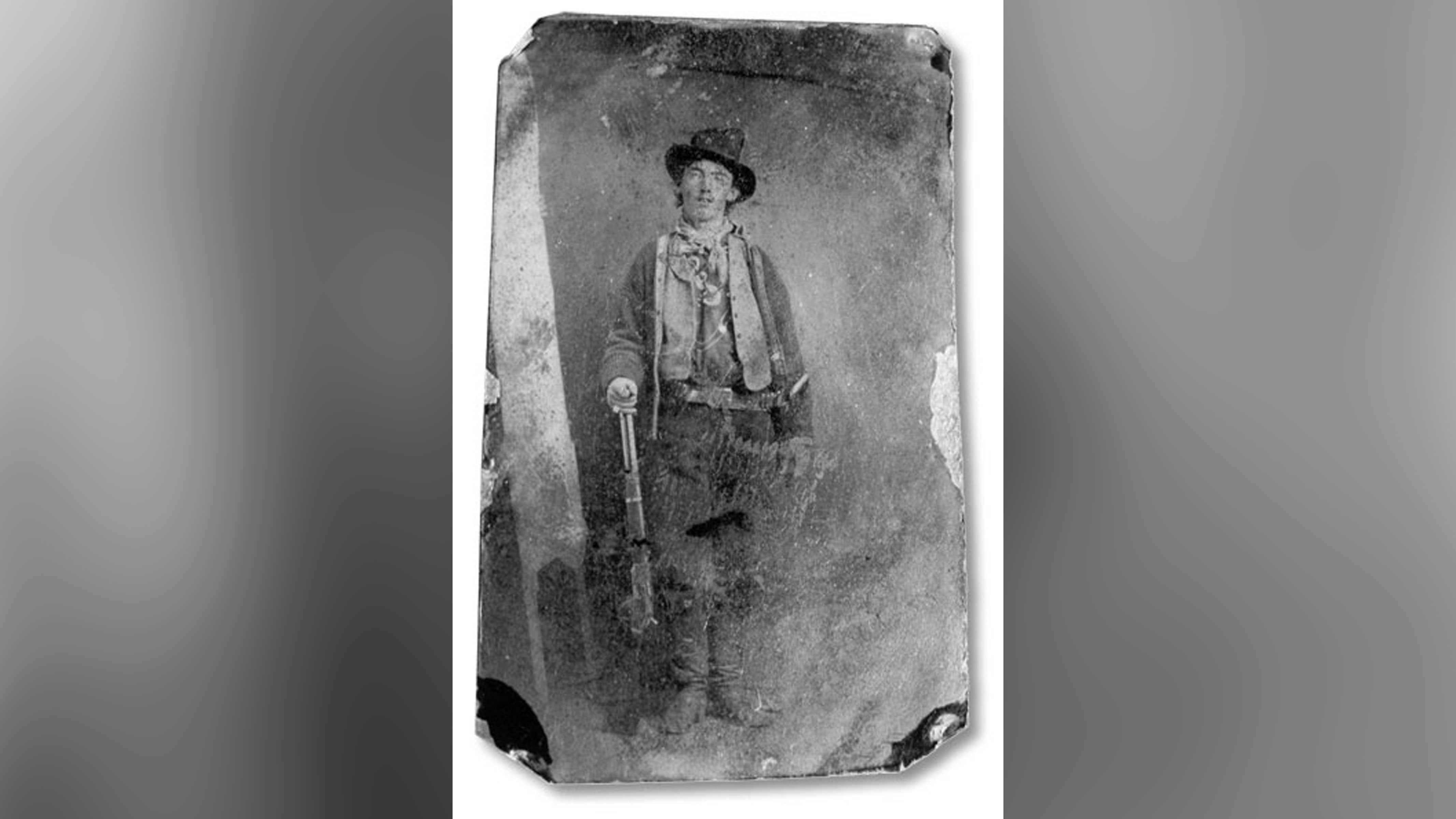 (CNN) – The weapon used to kill notorious Wild West outlaw Billy the Kid 140 years ago will be auctioned for the first time – with an estimated sale price of $ 2-3 million dollars.

The Colt Single Action firearm belonged to Sheriff Pat Garrett, who shot Billy the Kid on a ranch in Fort Sumner, New Mexico on July 14, 1881.

Auction house Bonhams, which sells the gun on Aug. 27 in Los Angeles, described it as a “relic of one of the most important and well-known stories of the Old West.”

Billy the Kid, born Henry McCarty and also known as William Bonney, was one of the most wanted criminals in the American Wild West – and killed at least eight people.

Garrett had previously captured Billy the Kid, who was convicted of murder and jailed in April 1881. He was ordered to be hanged but escaped from the Lincoln County courthouse, stealing a gun from the office Garrett and shooting two guards on the way out.

Weeks later, Garrett found him at the Fort Sumner ranch, where he shot him dead.

In addition to Garrett’s weapon, Bonhams is also auctioning off the weapon Billy the Kid used in his escape, among a number of other items related to the Outlaw.

The Whitney Double Barrel Hammer Shotgun, which was owned by Deputy Bob Olinger, is the only firearm known to have been used by Billy the Kid, and is expected to fetch $ 200,000 to $ 300,000, Bonhams said in a statement. hurry.

A man and a legend

Also on sale is Pat Garrett’s handwritten contract for the publication of his book Authentic Life of Billy the Kid, which recounted his side of events, and is expected to fetch a price of $ 8,000 to $ 12,000.

The book, Bonhams said, is one of the rarest in canon and the “bedrock of the Billy the Kid legend.”

Billy the Kid and Garrett shared “mutual respect,” and the “Kid’s hunt, capture, escape and death have become a legend,” the auction house said.

The coins are among 265 lots auctioned from the private collection of Theresa Earle, who, along with her late husband Jim, is one of the most renowned collectors of Western historic firearms, Bonhams added.

Speaking to CNN, Catherine Williamson, director of books and manuscripts at Bonhams, said the collection was rare and had been assembled over decades.

The articles were of great value, she said, because of the figure of Billy the Kid, whose story has captured the attention of Americans for generations, inspiring books, films and television programs.

â€œWe believe this entire collection is one of the most important ‘old west’ collections ever assembled,â€ she said.

“He is a very important mythical figure in American history … there is a whole industry around him. Pat Garrett wrote a version of his story right after his death … and it becomes one of the Billy’s historical basis for the Kid myth. “

The rumored friendship between Billy the Kid and Garrett, who allegedly worked together on a ranch before, also adds intrigue, Williamson said.

“One looks to the law and the other to crime, and they’re on these parallel paths until they cross at the very end,” she said.