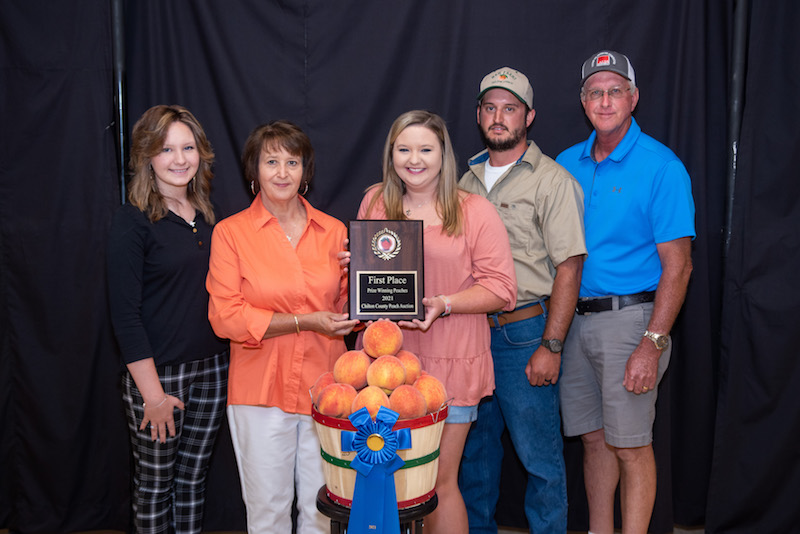 The Fishing Festival Peach Auction was a successful fundraising day for the Clanton Lions Club.

The event was particularly important for M&M Farms as it again won first place in the annual fisheries ranking.

â€œIt means a lot. I know dad (Mark Knight) would be proud, and that’s what matters most,â€ said Andrea Williams of M&M Farms.

Mark Knight, half of the namesake for M&M Farms, died on June 6.

His wife Melissa Knight, also half of the namesake of M&M Farms, attended the peach auction and accepted a plaque of appreciation from the Clanton Lions Club in memory of Mark Knight.

â€œThis is a peach that we are still monitoring (for use in) the peach auction,â€ Williams said. â€œWe have already won with it. “

This season has been good for the peaches.

â€œOverall we had a pretty good harvest,â€ said Williams. “We had some damage and then the race the last few weeks was not helpful in some ways, but helpful in others.”

She said the ranch can cause disease in fruit, but it can also help peaches grow.

During the auction, auction co-chair Glenn McGriff thanked those who bid on the peaches.

Each producer receives $ 50 per basket for their participation.

The funds raised are intended for scholarships, donations to local associations and donations to Alabama Sight made by the Lions Club.