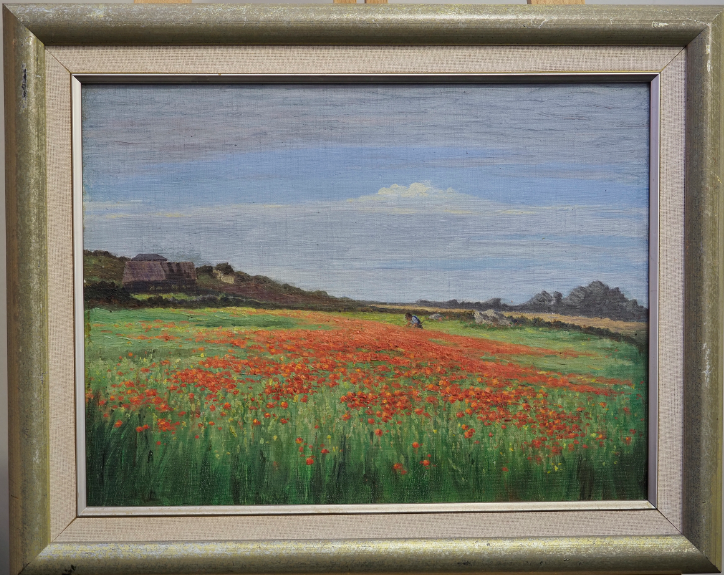 Intended to serve the lower part of the North Island and provide an alternative to Wellington, September 1 sees the launch of Heritage Art Auctions, the most recent and fully dedicated to New Zealand art auctions outside from Auckland.

The auctions take place in the aptly named Heritage House, next to the Grand Hotel in Whanganui. The company is owned by Wanganui publisher Henry Newrick, pictured left.

With a long-standing interest in art, especially from the 19e and early 20e century, Henry has for some time felt the need for a second art auction house in the Lower North Island, providing a much needed choice for sellers. Based in Whanganui, a town dubbed ‘New Zealand’s cultural capital’, Heritage offers easy access to those who live in New Plymouth, Taupo, Napier and all towns south of Wellington, inclusive.

Heritage Art Auctions will be of particular interest to the legal profession. With his background in art and his access to current world art auction records, Henry Newrick is able to offer an appraisal service at a reasonable price on paintings, prints, photographs and drawings. , based on the most recent data.

In addition, Heritage Art Auctions is pleased to offer its lowest commission rate (10% on works of art valued at $ 500 or more) to any law firm selling works from the firm’s art collections or from partners or client estates. This â€œtradeâ€ rate is normally only available to art or antique dealers in the course of their commercial activities.

This is not Newrick’s first adventure in art. Growing up in Whanganui in the 1950s and 1960s, surrounded by 18e and 19e European paintings of the century, collected by his father and grandfather (who ran the Sarjeant Gallery for 23 years), Newrick helped finance his college education by buying and selling both art books and books rare. After founding the National business review (NBR) in 1970, In 1973 he wrote and published New Zealand art auction records the first definitive guide to the values â€‹â€‹of art ever published in New Zealand. A new updated version is being compiled and is expected to be released later this year.

For many years, Henry also published the New Zealand Art and Antiques Directory an annual publication that followed the markets. In the mid-1970s he bought 3 large original Maori watercolors by George French Angas at Sotheby’s (London) for the then princely sum of around Â£ 30,000 ($ 60,000) – which at the time would have bought a fairly decent house in Wellington. . From 1978 to 1980, he owned Medici Galleries in Wellington.

After moving to the UK in 1995, Newrick spent many years tracking and purchasing the first New Zealand / Australian works of art which were then shipped to their respective countries for further auction. This passion for hunting and repatriating works continues to this day and some of his recent finds abroad will be featured in the next auction in September.

It is planned to hold 4 auctions per year, both online and live. The first live auction will take place at 2 p.m. on Saturday 11 Septembere at the Maison du Patrimoine. The â€œliveâ€ auction will be preceded by an online auction from September 1 and for 10 days. Some lots will end online and others will go to â€œliveâ€ auction. In total, Heritage intends to offer up to 700 lots consisting of paintings / watercolors / drawings / prints (engravings, etchings, lithographs) / photographs and high-end art books.

Particular emphasis is placed on works covering the period 1850-1950, but Heritage also accepts exterior art from this period. For example, the September auction will also feature New Zealand prints and maps from the 1700s as well as quality artwork from the 2000s. One of the highlights is a large oil painting dating back to the from around 1600 by Dutch artist Aert van Antum depicting the Spanish Armada in combat. It will likely be acquired by a foreign buyer with auctions from the UK and Europe. Other overseas works include a rare hand-colored Currier & Ives print of New York Harbor from 1849.

Heritage Art Auctions is currently accepting additional entries for its September auction. The market is currently very strong, but in the event of a recession that could change. The deadline for the September sale is August 1. Late registrations will take place for the December auction. The sale takes place in Heritage Month when thousands of visitors will be in Whanganui from all parts of New Zealand.

PICTURES (Below is a sample photos covering some of the bundles offered. Please select the ones you would like to use in any proposed item and tell me the ‘number’. I will then forward the JPEG files). The Spanish Armada and other selected photos will be available on Monday 28e June following a weekend photo shoot.