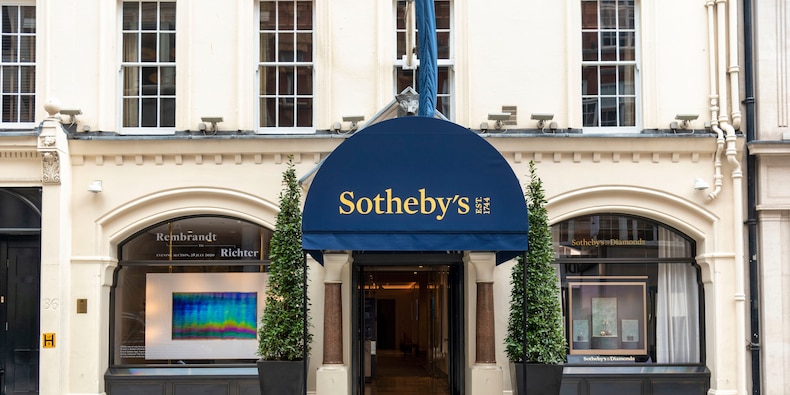 Sotheby’s, one of the world’s largest luxury auction houses, said it would accept bitcoin and ether as payment for a rare 101-carat diamond estimated to be worth between 10 and 15 million of dollars at its auction next month.

The pear-shaped diamond, named “The Key 10138”, weighs 101.38 carats, has been classified as flawless and highly chemically pure, making it extremely rare, Sotheby’s said. It is expected to be sold in Hong Kong on July 9 and is expected to fetch between HK $ 78 million and HK $ 118 million.

The auction house said it will accept bitcoin and ether bids for the diamond, and will accept bids during or before the live sale.

â€œKey 10138 is the world’s first major diamond to be auctioned with cryptocurrency as an accepted payment method. It was named to symbolize the unlocking of a new era in commerce and technology, and is therefore a key to history “, Sotheby’s said in auction details posted online.

The company was previously open to cryptocurrency as a form of payment, during the sale of a Banksy work of art in May and during the auction of a non-fungible “CryptoPunk” token, or NFT, earlier in June. One of a series of CryptoPunk characters, the â€œCovid Alienâ€ sold for $ 11.8 million.

Cryptocurrencies have become a factor in auctions this year after the hype has exploded for the past 18 months. Until now, items have mostly been limited to works of art or digital collectibles like NFTs, and the auction of a diamond marks a milestone in the acceptance of digital currencies. Sotheby’s itself described the sale as “an important moment in the evolution of the market” in a tweet Monday.